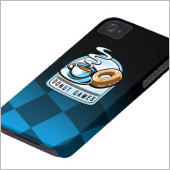 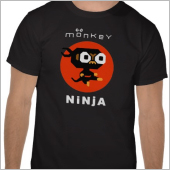 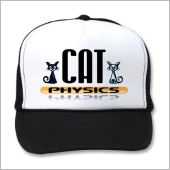 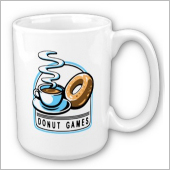 A cool selection of mousepads, T-shirts, keychains and other merch available from Zazzle.

Updated: Rat On The Run

Rat On The Run was today updated with improved support for larger screens, plus 10 new levels. Download v1.35 for iOS or Android.

Cat Physics just got a new level pack "Reversed Classics" where we, as the name implies, took 50 classic levels and reversed them. Download v1.28 for iOS or Android.

Enjoy our old PC classic from 2003. Superstar Chefs was the first game we ever released as an indie studio. It was later ported to iOS and is now also available for Android.

Today we're releasing Gold Miner Joe on Google Play, yay! Since it's a classic platformer, we mad sure to add joypad support. Also available for iOS.

Hold on to your (pixel) hats, because two entire worlds have been added to v1.03. The one called Back Alleys is actually a tribute to our classic puzzle game Cat Physics. Download Footy Golf now for iOS or Android.

New Levels: Rat On A Skateboard

Another 10 levels have been added to this fan favorite. Download v1.23 for iOS and Android.

New Levels: Rat On A Snowboard

20 new challenges await in update 1.14 for iOS and Android.

Strike the ball across wacky courses in a unique cross between SOCCER and GOLF.
Our new game Footy Golf is now available as a free download on App Store and Google Play.

Save rushing vehicles that cross the chaotic intersection! The sequel to App Store classic Traffic Rush is here. Download and start collecting vehicles right away.

We're turning back the clock again. Micro Battles 3 gives a new generation of gamers the chance to play the hilarous head-to-head battles of 1980s video games that many developers of today grew up with. Check out the video here.

The sequel to our much appreciated battle game is here with all-new themes: Space, frogs, tanks and pirates. Grab a friend and start battling right away. Not familiar with the concept? See the YouTube video here.

1 Device + 2 Players = Loads of fun!
Finally, a game where you can battle a friend sitting next to you in a bunch of 8-bit style mini games. Just like in the old days of the Atari 2600. Click here to see a video.

Already considered the "#1 Hot Game" at Touch Arcade just hours after release, we're proud to announce our biggest adventure yet. This "Metroidvania"-style master piece is available on iPhone/iPad, Android and Windows 8.

Years have passed since our classic Monkey Flight was released and fans are STILL asking for more levels. We decided to go further. With Monkey Flight 2 you get all-new themes, graphics, features and lots of levels. For iOS, Android and Windows 8. Hooray!

Our adrenaline packed runner Action Hero is now out on Android, along with the awesome platformer Bubble Pig and crazy cartoon puzzler Titanic Rescue.

Francois, the chubby ninja, is ready to rock your Android device. Download now on Google Play.

You favorite monkeys get an ALL-NEW game mode, 60 more levels, lifesavers and a score summary page. Download it for iOS or Android now.

5 new race tracks are available in the latest update to our classic space racer Comet Racer.

Our intergalactic puzzler gets 10 new levels in todays update. Download it here from App Store.

You spoke, we listened. The sequel to Sunday Lawn is here, with THREE new seasons and lots of levels and extras.
Download for iPhone, iPad or Android.

20 New levels PLUS a new game mode on iOS. And to top it off, the game is now also available on Google Play.

Spikey bounces into the world of Android today. Download Spikey's Bounce Around on Google Play right away.

Experience the epic adventures of Camelot in this action packed bricks breaker. Now on Android, available on Google Play.

Windows 8: Rat on the Run

Ratty's classic adventure is finally available on Windows 8. Download Rat on the Run on Windows Store.

Android: Rat On The Run

The game that started it all, the first in the Rat series, is now out on Android. Get Rat On The Run on Google Play.

Chuck Norris's only match on this planet, Monkey Ninja, gets another 20 levels on iOS. Download Monkey Ninja on App Store.

One of Donut's all-time favoirites, Traffic Rush, is now available for Android, hooray! Get Traffic Rush on Google Play now.

Android: Rat On A Scooter XL

Ratty hits the Android with today's release Rat On A Scooter XL on Google Play. Grab it now, tell your friends and let the fun begin.

Charlie takes on the gardens of Windows 8 with his souped-up mower. Get Sunday Lawn on Windows Store right away.

Open the bomb doors and clear the rocky pathway beneath you in Jungle Crash Land. Now on Google Play, yay!

Another fan favorite has hit the Android. Download Monkey Flight on Google Play right away.

The jabbering monkeys is now on Windows 8. Download Monkey Flight on Windows Store for some serious catapulting fun.

Castle Smasher hits the Windows Store today, and includes all the levels, game modes and tribes you've seen on other platforms since the original web game, plus touch and mouse support. Enjoy this awesome release on your PC deskop, laptop or RT tablet!

Our fans have spoken and after a long period of development, we're now super excited to announce Lucky Coins on Google Play, the first of many upcoming Android releases.

Windows 8: Rat on a Snowboard

Your favorite rat hops on the snowboard in our latest Windows 8 release, Rat on a Snowboard. Head over to the Windows Store and get this awesome game!

Windows 8: Rat on a Scooter XL